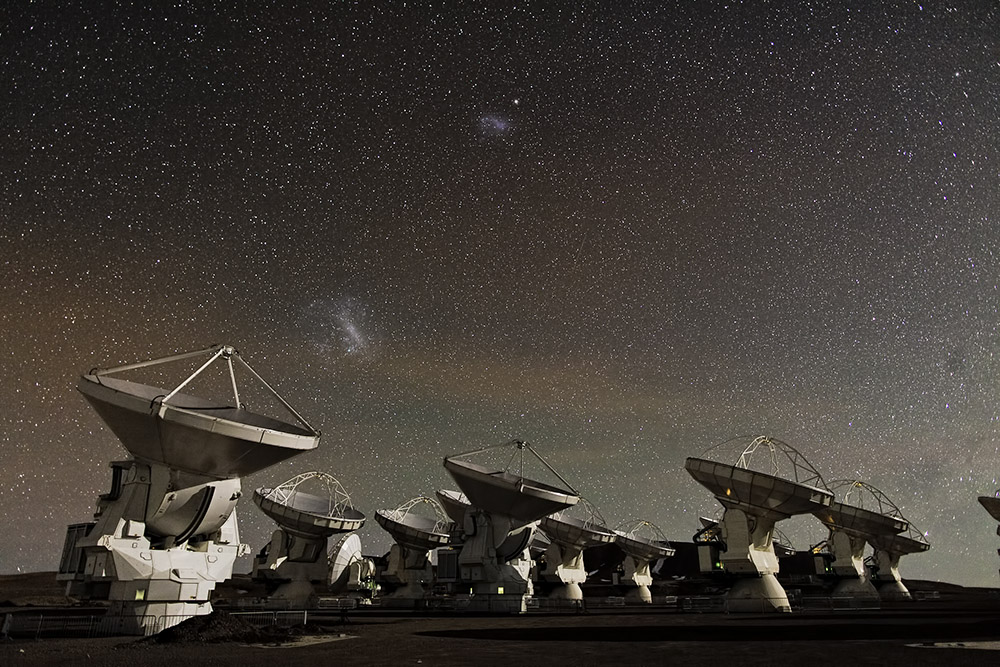 Antennas at Night on the Chajnantor Plateau. Credit: ALMA (ESO/NAOJ/NRAO)

The resolution of astronomical telescopes is determined by the diameter of the mirror that they use to gather light from the sky. Specifically, the resolution is determined by the size of the telescope measured in wavelengths of the light being observed. For example, the human eye has about the same resolution when seeing light with a wavelength of 500 nanometers as a 10-meter radio telescope observing light with a wavelength of 1mm, because they are both approximately 10,000 wavelengths across.

The largest individual radio telescopes have diameters of hundreds of meters for long wavelengths (longer than several millimeters), or tens of meters for wavelengths around 1 millimeter. Unfortunately, the quest to take a picture of a black hole requires nearly 1 million times more resolving power than these telescopes can provide!

Radio astronomy makes extensive use of the technique of interferometry, in which light from an array of widely-spaced telescopes is combined in a computer to synthesize a telescope that is the size of the whole array. To reach even higher resolution, the Event Horizon Telescope (EHT) uses the technique of Very Long Baseline Interferometry (VLBI).

In a Very Long Baseline Interferometry (VLBI) observation telescopes around the world observe the same source at the same time and wavelength and precisely record the light that they receive. These recordings later played back in a supercomputer to synthesize a telescope as large as the array – up to the size of the Earth.